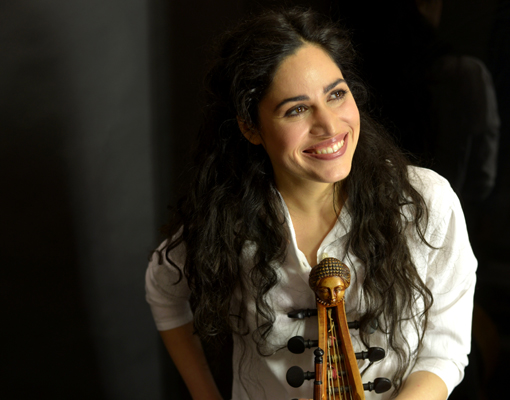 Lucile Boulanger took up the viola da gamba at the age of five, receiving instruction from Christine Plubeau; she pursued further studies with Ariane Maurette and with Jérome Hantaï. After earning a first-prize diploma at the Conservatoire à Rayonnement Régional in Paris and a postgraduate diploma at the CRR in Cergy, she entered the Paris Conservatoire National Supérieur de Musique et de Danse to study with Christophe Coin, earning her diploma, awarded unanimously, in 2009.

She is a prizewinner of several international competitions, such as the Bach-Abel-Wettbewerb
in Köthen, the Società Umanitaria Musical Competition in Milan, and the Musica Antiqua
Competition in Brugge.

Highly sought after as a chamber musician, she has appeared and recorded with a number of
ensembles and soloists including Philippe Pierlot, François Lazarevitch (Les Musiciens de Saint-Julien), Christophe Rousset, Alexis Kossenko, and Hugo Reyne, while also playing with larger formations such as the ensembles Correspondances (Sébastien Daucé) and Pygmalion (Raphaël Pichon), and Les Talens Lyriques (Christophe Rousset).

Much of her time is devoted to performing music for the consort of viols, notably as a member
of the Ricercar Consort (Philippe Pierlot), of L’Achéron (François Joubert-Caillet), and of Musicall Humors (Julien Léonard).

She also appears regularly as a recitalist, both in France and abroad. With Arnaud de Pasquale
at the keyboard, she has recorded a pair of recitals for the Alpha label (sonatas by J. S. Bach in 2012; trios by C. P .E. Bach and Graun in 2015), each of which earned multiple awards including the Diapason Découverte, Choc Classica, Coup de Cœur Charles Cros, and ffff Télérama.

Recently was released a first opus with the label Harmonia mundi, dedicated to Forqueray and his passion for Italian violin music: Mr Forqueray’s favourites. This one was considered by critics as “irresistible” and “freeing up the viol”.